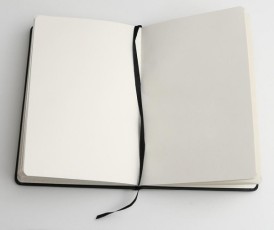 What do you do when you’re 53 years old and not sure how to spend the rest of your life? That was my status at the beginning of 2016.

Last week, I heard Dr. Vernon Rosenau speak. As he encouraged college students to fully yield their future to God’s leading and plan, he illustrated his point using a blank piece of paper with his signature at the bottom. We naturally make our own plans, then ask God to sign His approval of what we’ve already determined to do. Yielding our lives to Him means we sign the bottom of the blank page, hand it to Him, and then He fills in His plan.

As I heard the illustration I realized that is what I did last March. Although I enjoyed a secure and rewarding local church pastorate, I knew God was leading me out of that role. But I had no idea what would be next. The night before I made my decision public I told my wife, “I feel like I’m about to jump off of a cliff.”

By God’s grace and in response to His work in my life, I reached a place of being fully yielded to Him. It was as if I were signing a blank piece of paper and handing it to God to fill in.

Now it’s one thing to do that when  you’re a college student about to embark on your life’s journey. It’s a little different when you’re already pretty far down that road. I had fears, and yet I trusted my Heavenly Father.

I had no idea of the opportunity about to open up to me. Soon after my decision, I was offered the teaching position I am in now. I am using everything I have learned in 26 years of pastoring to equip men and women to serve in ministry around the world.

I handed God the blank page. He filled it in with His perfect plan. I’m now on the next stage of the journey, the grand adventure of living a life yielded to Him. The blank page is a great way to plan the rest of your life.

5 thoughts on “My Blank Page”

An experienced pastor voices encouraging truths, presents helpful topics, and prays for you. Join me!

© Dean H. Taylor and deanhtaylor.com, 2021. Unauthorized use and/or duplication of this material without express and written permission from this site’s author and/or owner is strictly prohibited. Excerpts and links may be used, provided that full and clear credit is given to Dean H. Taylor and deanhtaylor.com with appropriate and specific direction to the original content.